Would, should, and could grammar is something that many esl speakers struggle with. In this article, we are going to learn the would grammar.

Title: English Grammar Would | 8 uses of Would

Hello everyone! My name is Lacey and I am your English teacher for today. Welcome to the Eigo Love Youtube Channel! Today, I am going to explain the would grammar. Would, should, and could grammar is something that many esl speakers struggle with. Today, we will be focusing on would, but I will be breaking down the other two in future videos.

“Would” has a few different uses. The first one we will cover today is preference. This means between a few options, it is showing which option you like the most, or the one you would prefer.

Let’s look at a few examples:

This sentence means, I don’t want to.

There are two main points here. The first is that rather is used when expressing preference. You need “would rather”. The second main point is that, “I would” has a shortened form, I’d. Great job! It can also be used to just request what you want.

This kind of phrase is often used to order at restaurants.

Another way we can use would is to express past habits. It is similar to the grammar, used to.

Let’s look at a few examples:

[Example #5]
When I was a university student, I would often eat pizza and ice cream.

[Example #6]
When she was in Japan, she would often drink sake.

[Example #7]
When my sister was five, she would often watch Frozen.

As you can see, the words “often” and “when” are commonly used with this version of would.

The next way that we can use would is for reported speech. When we are relaying information we heard from another person.

[Example #8]
She said she would call me.

[Example #9]
He said he would come today.

Another way we can use would is to express past willingness. For this usage, it is the past tense of will. Most of the time it is negative. So it is would not or wouldn’t.

Let’s look at our examples.

[Example #11]
My father wouldn’t let me make the turkey.

We can use would for requests as well.

[Example #13]
Would you be willing to translate that for me?

We can use would with conditionals as well. There are two forms. The first one is would+infinitive.

[Example #15]
If I had more time, I would practice dancing more.

Because it is a conditional, it is combined with if.

The second form is would+have+past participle. This is for a conditional in the past.

[Example #16]
If you called, I would have waited for you.

[Example #17]
If I studied more, I would have scored higher on my TOEIC exam.

And last but not least, we can use would with wishes.

That’s all! You made it through! At first, it might be a little confusing! But don’t worry, take the time to process each use. Work on each one, one by one. You will begin to understand it more. Listen or read the definitions and uses a couple of times, until it clicks!

If you liked this video, please give it a thumbs up and subscribe to Eigo Love for more English videos! Also, check out my should and could videos! If you have any questions or comments, leave them in the comment box down below! Until next time! See you! 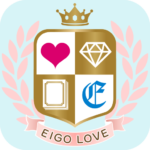 Link to Our Channel